MONDAY: My plan was to roll out of bed and onto my yoga mat but that didn't happen, . I snoozed for almost an hour and dragged my tired ass to work around 07:00. I spent the day working, but around 19:00 I did some pilates, took a long shower and went to bed really early to watch the newest episode of "Very Cavallari".

TUESDAY: My Tuesday was spent at the office where I answered way too many emails and had one too many coffee's. . I drink so much more coffee when I'm at the office. After work, I went home and did some pilates and then I jumped in the shower I stopped by my friend's place to watch some episodes of the office and have a little red wine. It was a nice Tuesday indeed!

WEDNESDAY: I started Wednesday with some pilates! Finally! Hah. I was so good at working out in the morning before and I don't really know what happened. After work, I had to shoot a collaboration which is being posted this weekend, and after that, I went to an event which was good times as always. I ended the day with an exciting meeting, which you'll know more about soon! Exciting times ahead, that's for sure.

THURSDAY: After work, I was supposed to go to a Huawei launch but I was so freaking tired after work so I had to just stay home and relax. I worked a little bit from the couch and went to bed really early. Don't know why I'm so tired, but hopefully, it'll pass very soon.

FRIDAY: Another day at the office filled with meetings and emails. I had some errands to run after work and when I got home I had the worst headache ever so I went to bed around 19:30 Such a cool Friday I was supposed to stop by Hanne for a and some wine but had to cancel! Thankfully she was available for a little visit on Saturday instead!

SATURDAY: , I woke up around 05:00 after going to bed at 19:30 so I cleaned my apartment, made a yummy breakfast, had a couple of coffee's and then I went to work at 11:00. After work, I stopped by at home to pick up some stuff before went to dinner at Hanne's. Such terrible weather (raining all day!) so glad I had such a cozy night to kind of for the bad weather! I bought Hanne and Dejan the prettiest flowers!

SUNDAY: I started this by  the details around my collab with Eva Solo! I've collaborated with them before, so I happy to do it once more. I really like the products, and that's super important to me when I chose my collaboration partners. After I went to work for a couple of hours before I spent the rest of the day on the couch watching series until now. I just had to throw all my flowers, and I haven't bought new ones in almost two weeks so my apartment feels really empty now. I have to buy new ones asap! 💐 AHHH, this weather is doing me good. I love that I finally can wear different shoes! I spent yesterday at work and ended the day with dinner at Hanne's place. Such a cozy evening! We had a delicious meal, listened to nice music and just relaxed. Just what I needed. I'll post an update about last week tonight so stay tuned! Did you have a good weekend? 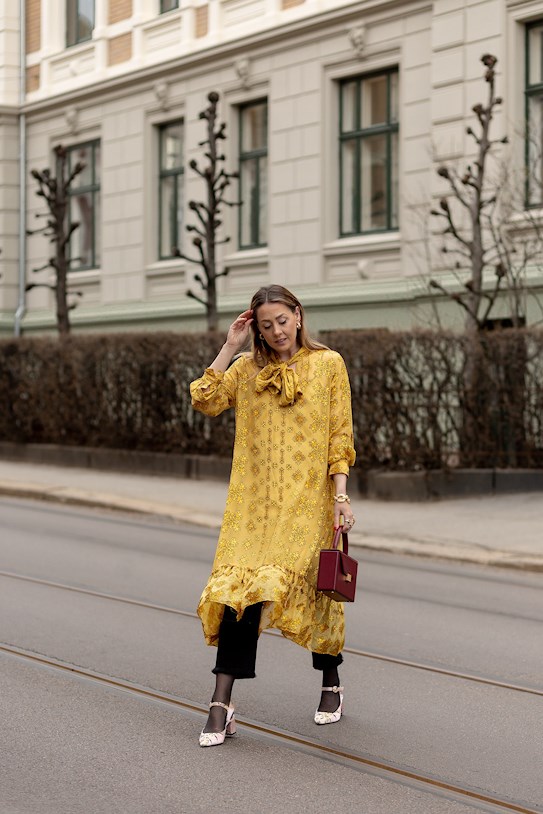 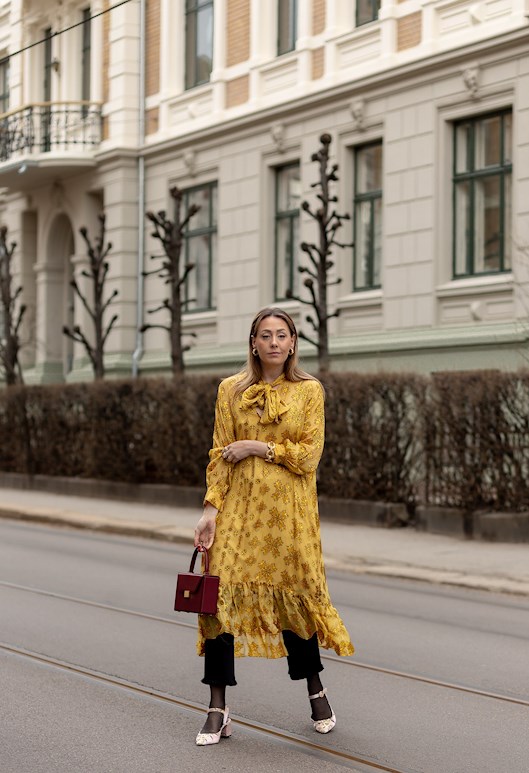 Good mornin' This is a good day! I can feel it deep down. The weekend is finally here, and I'm sure the sun will come out very soon. (please?) I'm working all weekend, but I'm excited because spring is in the air and Oslo is looking real good these days. Here you can get a glimpse of my livingroom, doesn't it look nice? I'm really, really happy. I just want to stay home and relax all the time now. Hopefully I'll get a little bit more social again soon, ha ha. Today I have a lot of plans after work with a little nail appointment, a work gathering and then I'm stopping by Hanne's place for some yummy food and a glass of wine. Can't wait!